Back in the day, when it comes to working with relational databases, especially PostgreSQL, we didn’t have many choices.

You might have used pgAdmin, an official tool that was built by the team behind PostgreSQL, or some reputable tools such as Navicat or SequelPro… we tried them all. Each tool has its own unique feature kit that made it standout but we didn’t seem to be satisfied [Warning — we’re going a just little bit picky here].

To be fair, those tools are quite feature rich and stable, so as long as you don’t feel annoyed, it’s good to go. But for us, we wanted something more, something far better than that.

So we started looking for a perfect database tool. We needed something that is built native, has modern UI and runs fast like a Lambo. Simple as that.

After performing several searches on Google, we gave up. There was no such a thing. Frustrated, we decided to build our own native tool and started with relational databases.

So our initial build was:

Then we gave it the name TablePlus. It’s been 4 months since the day we released the first version and we’ve made a lot of changes along the way. Perhaps the biggest and most recent one was plugin system — a feature that allows TablePlus to be customized and extended beyond the expectation with Javascript. 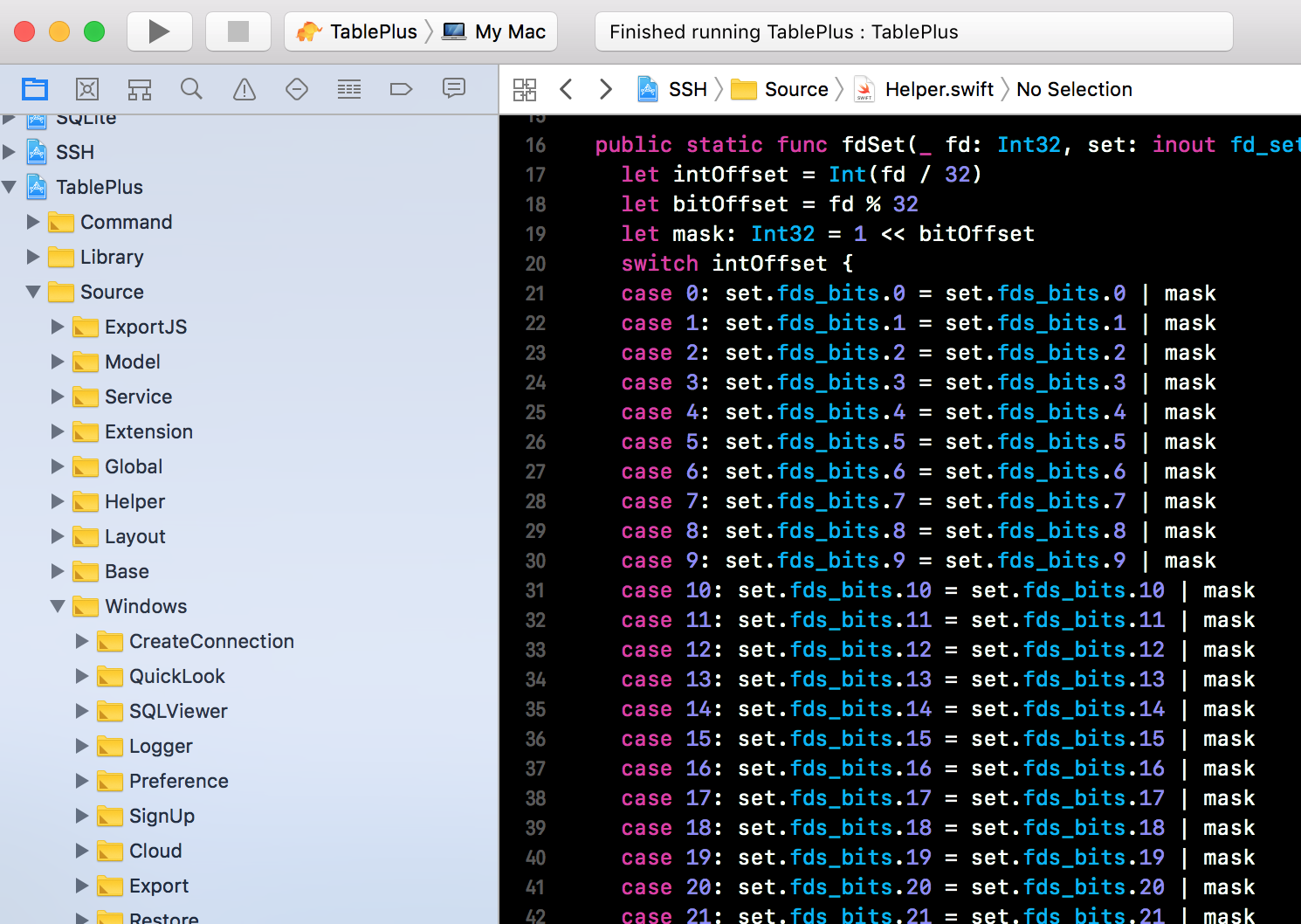 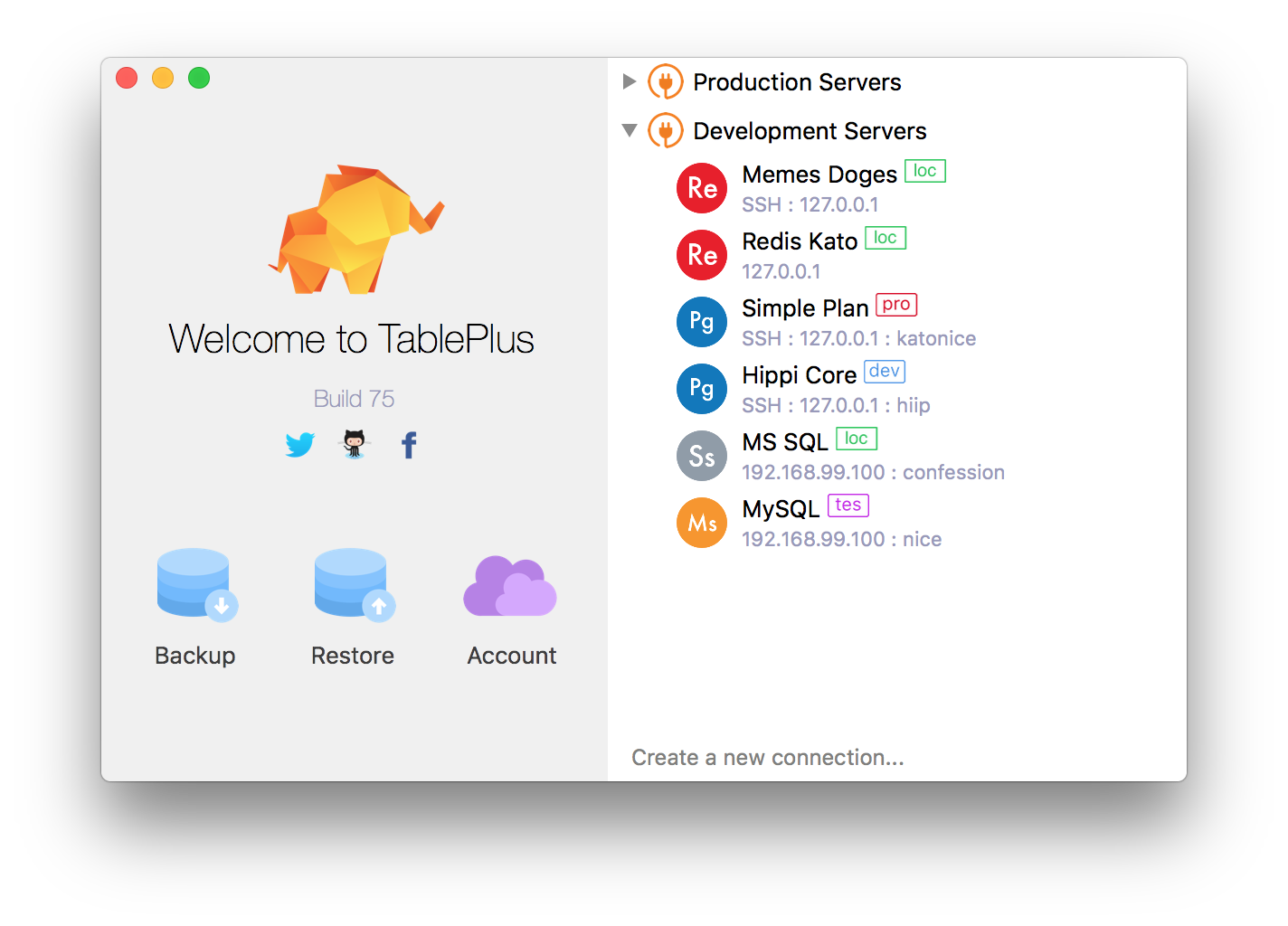 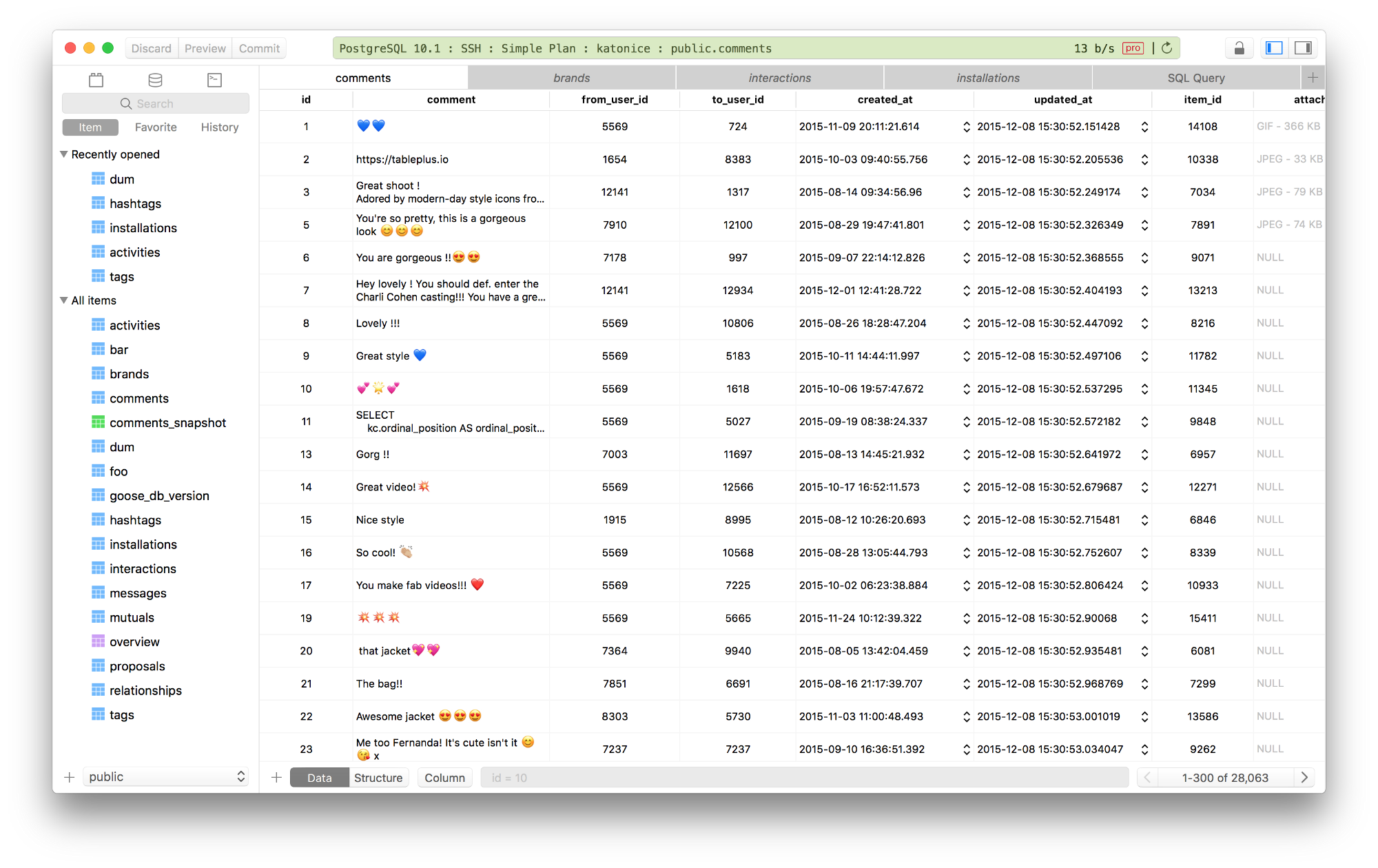 A full-dark theme pleasure your eyes. 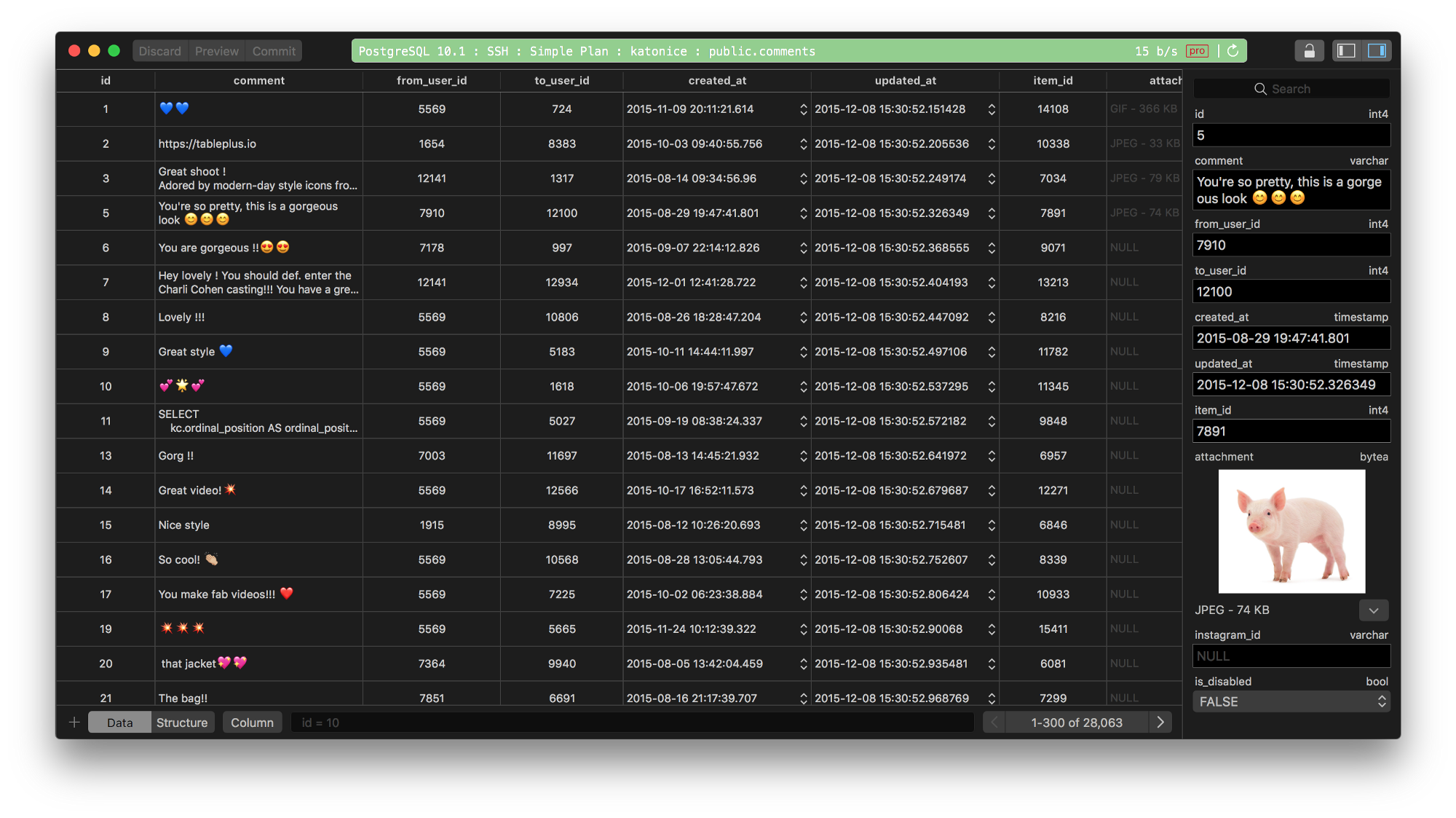 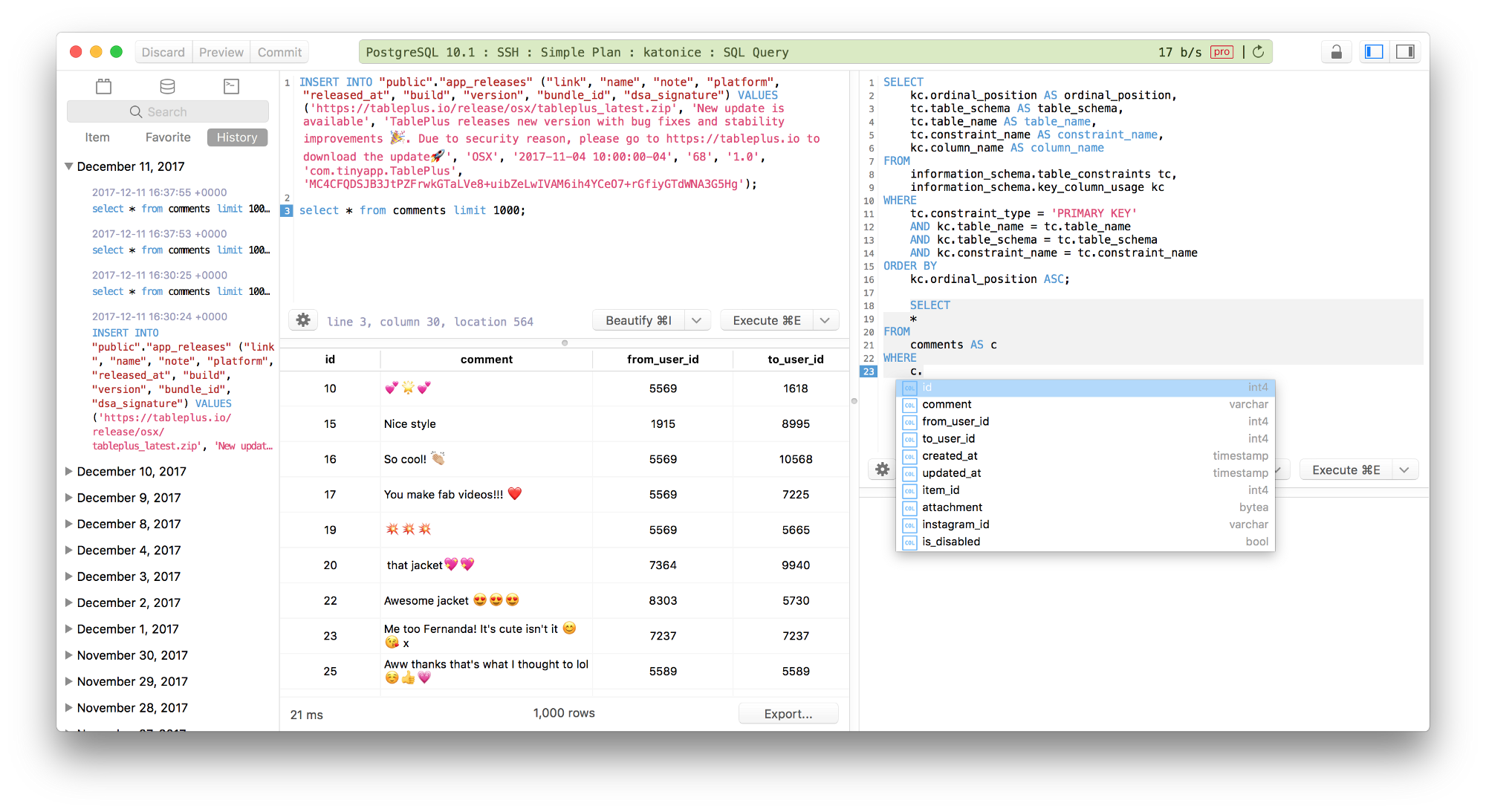 Modern shortcuts that will keep your hands on the keyboard 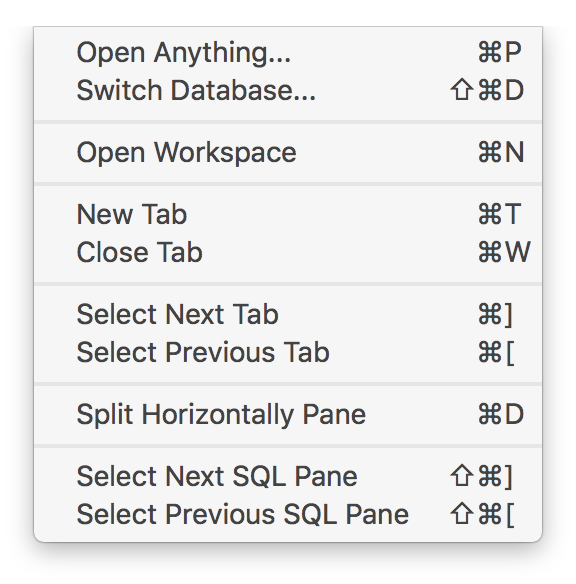 Now, you can be able to write new features to work with database without waiting for us to develop (export charts, pretty json, import data, export data…).

We know there are a lot ahead of us but we’re grateful that TablePlus has received a lot of support from our fellow developers around the world during the last 4 months. We’re working hard every day to bring a new hope for relational database tools.