The recent generation of iPad Pro models was considered as a great step forward from the previous iPad generations with a better design, a much faster processor, as well as many general performance improvements. Apple is getting serious about keeping the iPad’s trajectory headed towards the professional end of the spectrum. We at TablePlus also believe that it will be the future of personal computing so we made a big bet on it. We brought TablePlus app to iOS and iPadOS.

We can proudly say that TablePlus iOS is the only database tool that provides a well-rounded solution to work with all popular databases such as MySQL, PostgreSQL, SQL Server, Cassandra, Cockroach, Redis…, along with the highest level of attention paid to security features such as SSH Tunneling, TLS… TablePlus connects you to the databases directly without making any interference in the connection. It’s end-to-end encrypted using the best security features.

But that’s not the only thing that we have to offer. TablePlus is designed for the most intuitive experience, ever. We are a little so obsessed with making the app perfect down to every tiny detail and we always try to keep them as elegant as possible. 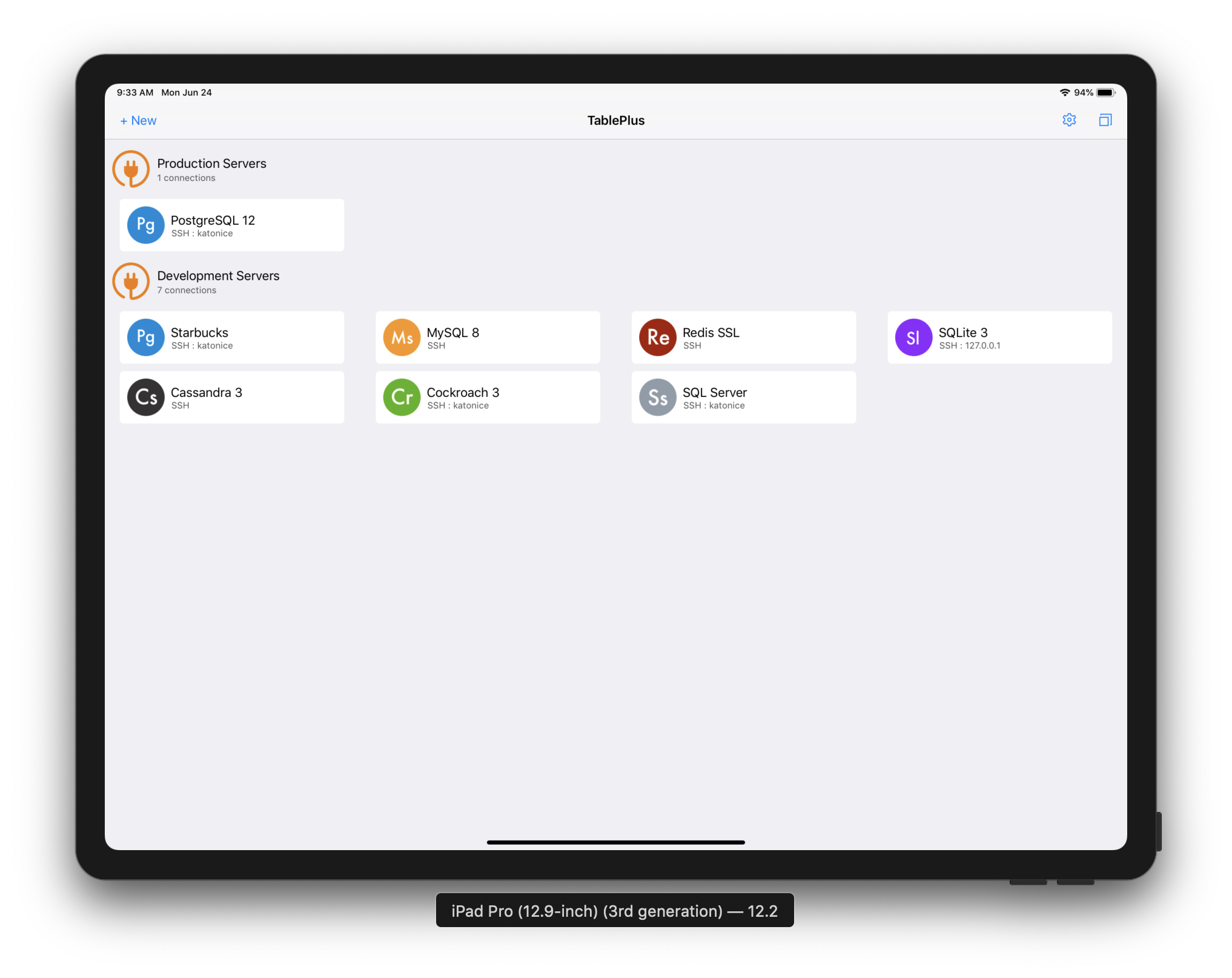 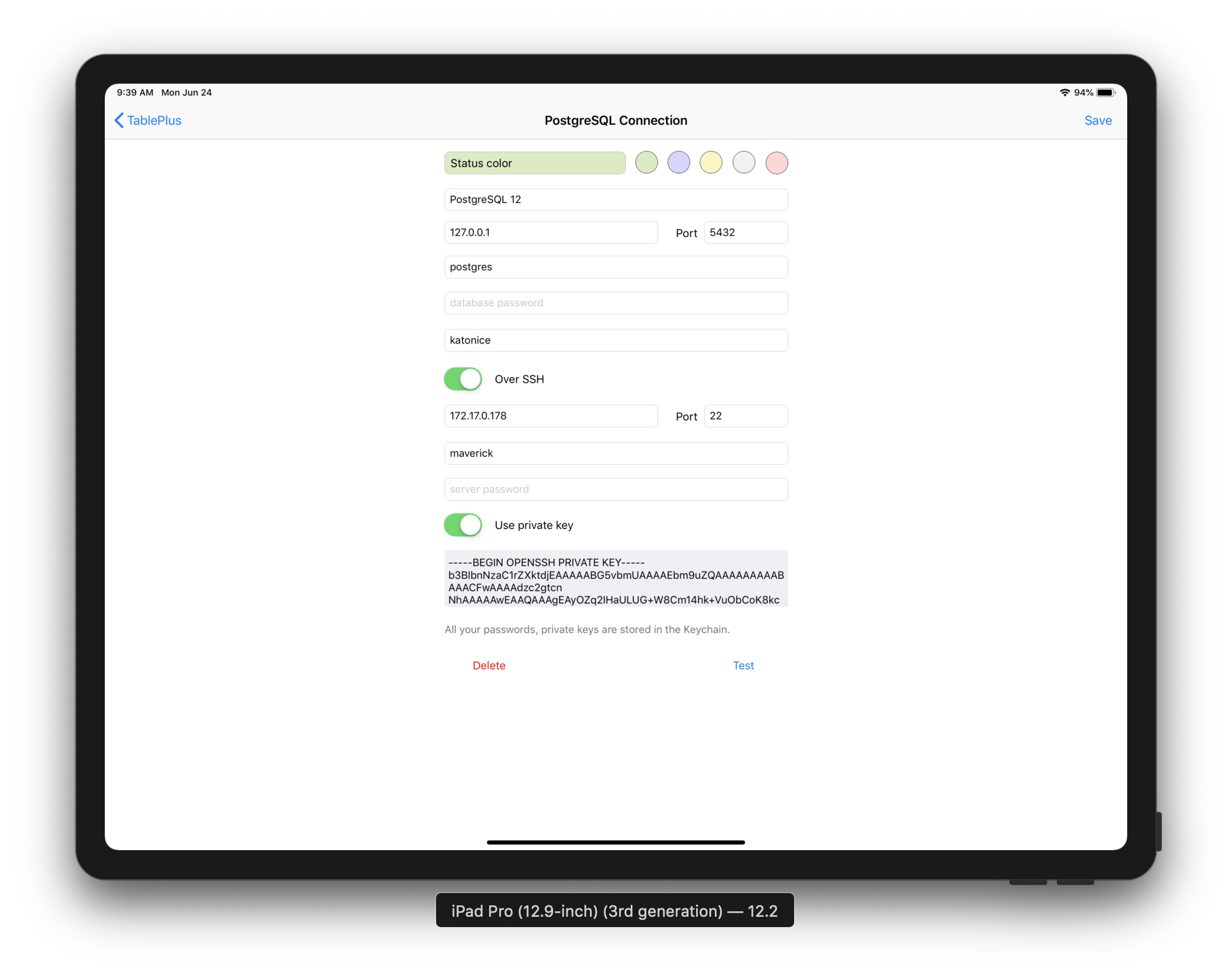 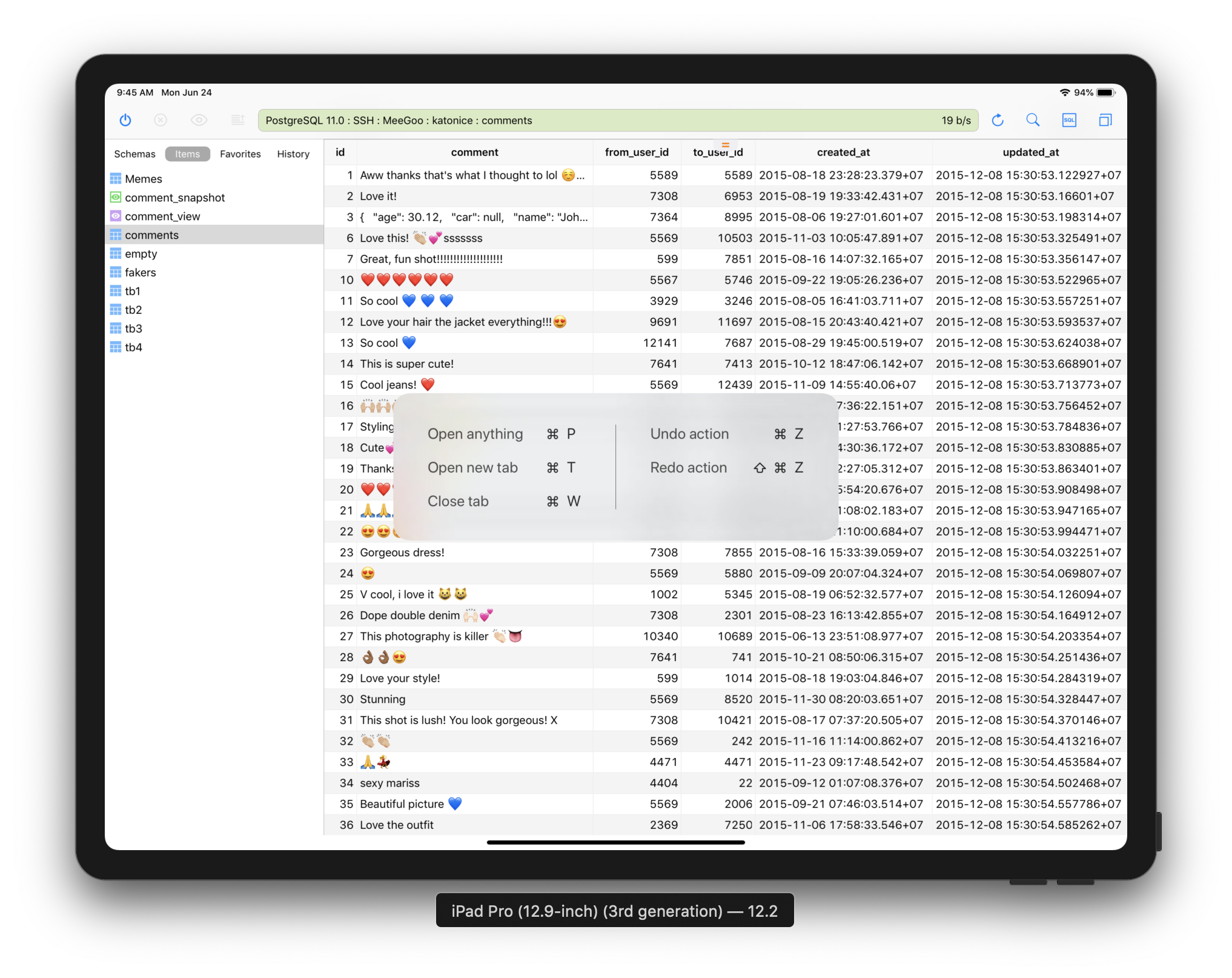 6. A powerful and smart query editor

It’s fair to say that TablePlus has one of the best query editors among all the database tools. It’s equipped with many intelligent features such as code highlighter, auto-suggestion, query detector… Although we still have a lot of plans for it to improve.