After a long time of planning and testing, we’re pleased to announce that the Alpha version of TablePlus Linux is released.

We will release new updates frequently, so to get notified of what’s new, follow us on:

When building TablePlus Linux, we keep the same philosophy used for the macOS and Windows versions, which is keeping it:

We decided to build it natively. A lot more work to do, but in the end, we got what we always wanted:

2. The native look and feel

Since Linux has so many distros, there might be certain differences in appearance. TablePlus doesn’t define how it should look on a specific bistro, but it uses the native UI elements to reflect the default appearance of the OS. 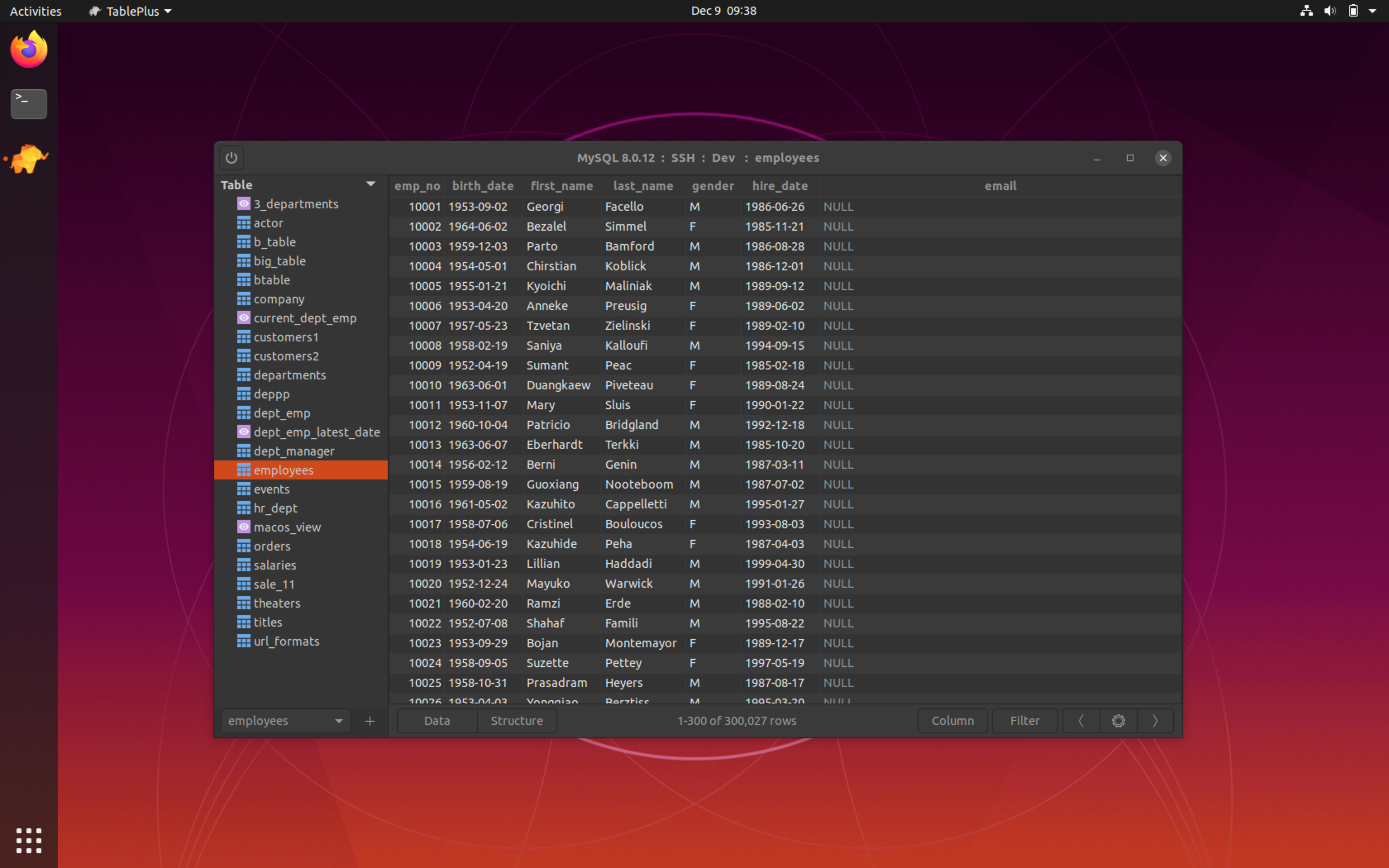 And this is how it looks on Fedora: 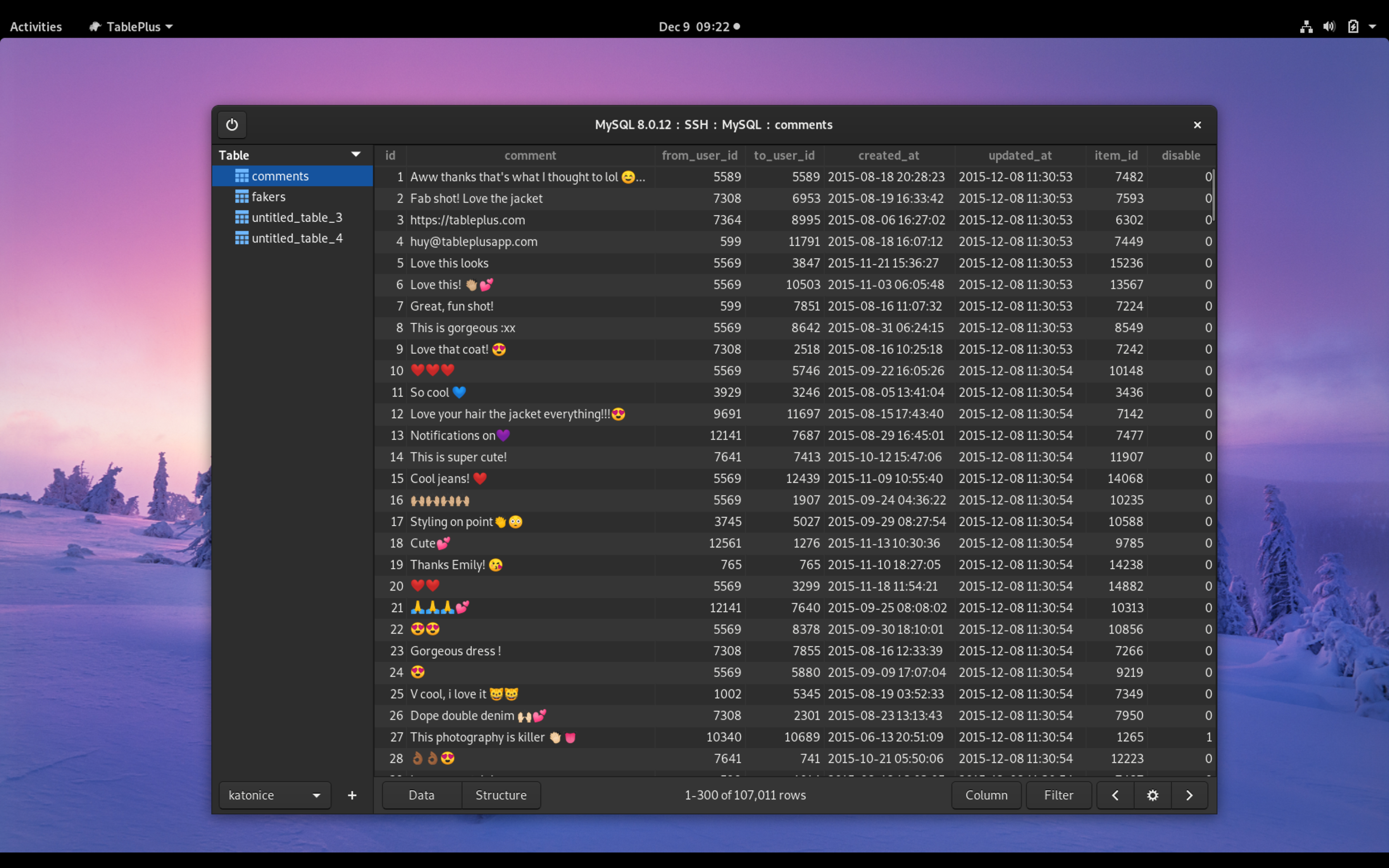 Most of the design, including the buttons, the tabs, the colors, the shapes, the layouts, etc must be consistent with everything else in the OS ecosystem.

But the appearance is not everything, it’s also about the way it works.

And the hardest part is to combine those two, making it minimal, but highly efficient. The buttons are hidden by default, but how to let users know that the functions are not missing?

We research and apply the most common behavior patterns. Along with the native UI, this allows users to quickly become familiar with the functions as they can translate their experiences to other products in their work environment. They will know where to find what they wanted.

We will keep iterating based on users’ feedback. For example, if the function is too hard to find and requested by many users, we will show a button.

Given the native build and highly optimized architecture of the app, the performance of TablePlus will not disappoint you:

Again, we don’t aim to make another full-featured tool, but a tool with unique & powerful features: 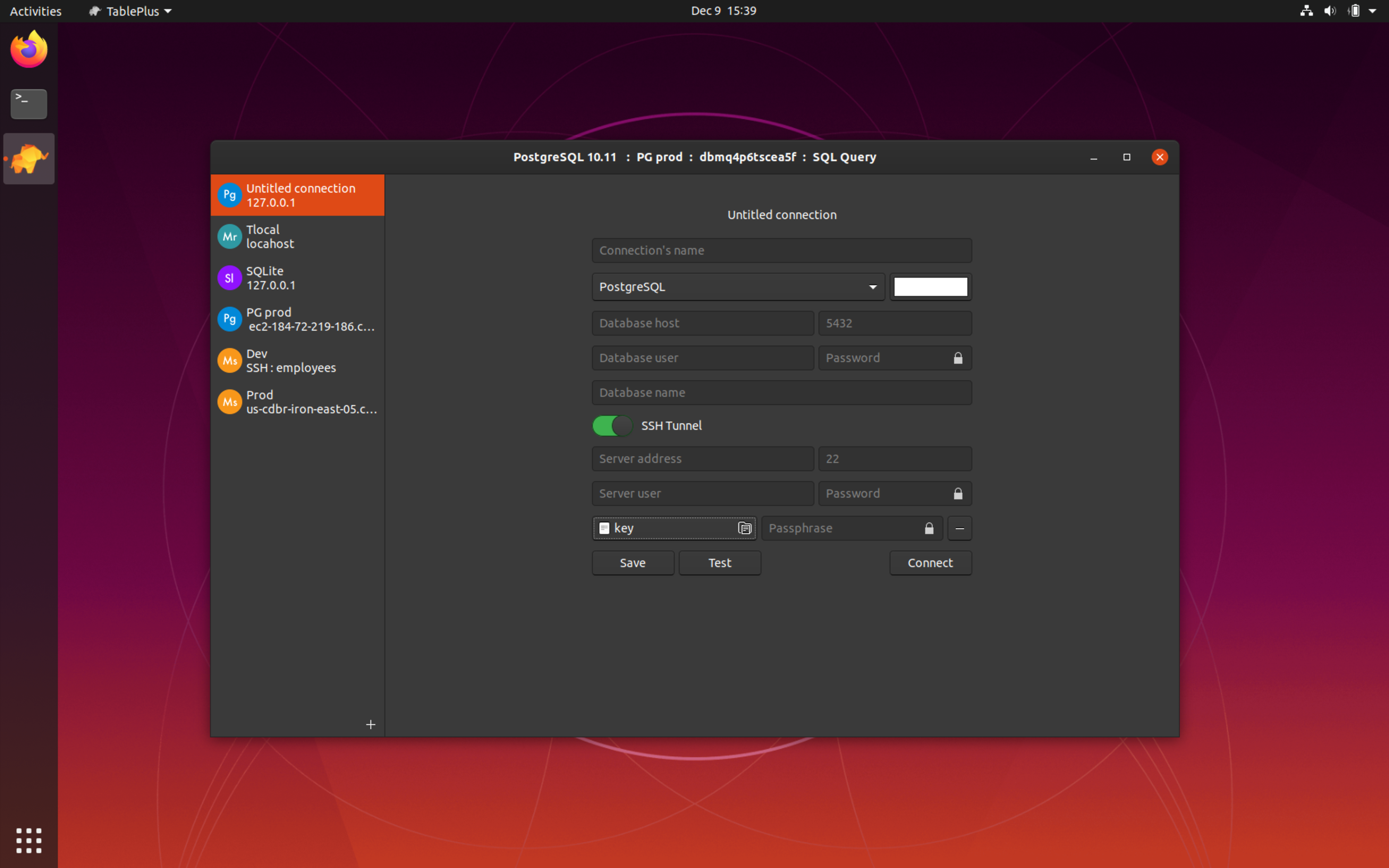 A powerful query editor with:

You can open the SQL query editor by pressing Ctrl + T, or Ctrl + Enter.

To try out the Alpha Version, download here: https://tableplus.com/linux/install

Our roadmap for the next period:

For the Linux version, we will not take feature-rich as something to be proud of, but we can guarantee it gets the fastest development cycle. Period. We will continue pushing for more updates with new features, bug fixes, and improvements.

So while using it, if you encounter any errors, please submit an issue here: https://github.com/TablePlus/TablePlus-Linux/issues. We will address them as fast as possible.

And if you need any important feature, feel free to create a request too, maybe the next morning when you want up, it’s already there.

We intend to keep the Linux version free until the official release, which will be a long time, and we will keep improving. And we would never be able to build it without the support from the macOS and Windows community. So thank you, and we hope you will keep supporting us!