Spatial data is geometry or geography value which can be represented on a map or as a graph and it’s pretty common to see spatial data being used in a project, such as:

Each database has its own way of implementing the support for spatial data.

For example, MySQL implements spatial extensions as a subset of the SQL with Geometry Types environment. It enables the generation, storage, and analysis of geographic features. PostgreSQL uses an add-on called PostGIS that includes spatial functions such as distance, area, union, intersection, and specialty geometry data types.

As a gift for GIS developers, TablePlus build 290 on macOS was released with an initial version of the spatial data viewer. It allows you to preview the geometry data along with image blob/bytea data.

At the moment, it works for PostgreSQL, MySQL, and MariaDB only.

When querying data with a combination of longitude and latitude, it can be represented as geometry value. Once you hover on the value, it will pop up a visual representation that makes sense to humans. 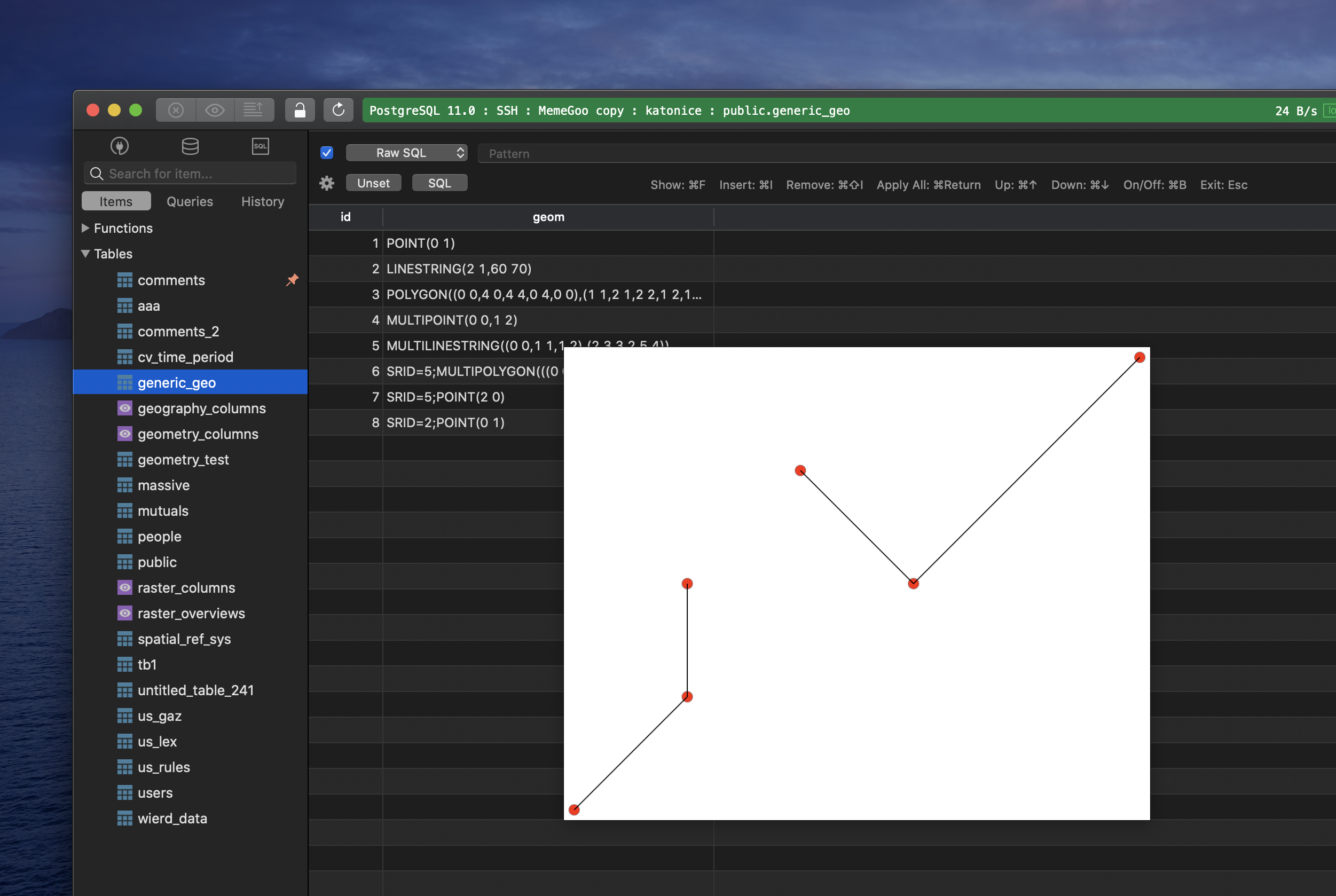